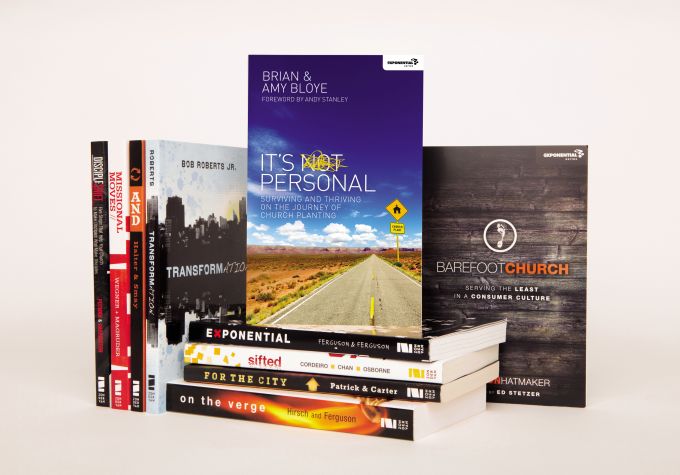 Jon Ferguson is the cofounding pastor of Community Christian Church - a multi-site church in the Chicago Metro Area. He serves as teaching pastor and leads the Strategic Team of staff champions for adult, student, children’s, and creative arts ministries across all CCC locations. Jon is the cofounder and movement architect of NewThing, whose mission is "to be a catalyst for a movement of reproducing churches." He also serves on the boards of the Exponential Network and Stadia East and is an adjunct professor at Wheaton College Graduate School in the Evangelism and Leadership Department. Jon previously coauthored The Big Idea with Dave.

Bobby Harrington is the co-founder of discipleship.org and the founding and lead pastor of Harpeth Christian Church (19 years). He is the chairman of the board for the Relational Discipleship Network and the co-author of DiscipleShift, Dedicated: Training Your Children to Trust and Follow Jesus, and Discipleship that Fits. He has been married to Cindy for over 35 years and they have two adult children who are disciples of Jesus.

Dr. Robert Coleman is the Distinguished Senior Professor of Discipleship and Evangelism at Gordon-Conwell seminary and a prolific author, having written hundreds of articles and twenty-one books, including The Master Plan of Evangelism, which has sold multiple million copies and is the book for which he is best known. He directed the School of World Mission and Evangelism at Trinity Evangelical Divinity School for eighteen years and currently serves on the Mission America Facilitation Committee and several international mission boards and is the president of Christian Outreach. From 1989-2001, he led the Institute of Evangelism in the Billy Graham Center at Wheaton College and served as Dean of the Billy Graham International Schools of Evangelism. He is also a founding member of the Lausanne Committee for World Evangelism and a past president of the Academy for Evangelism in Theological Education. His personal interests include spending time with his family, including his children and grandchildren, and keeping in touch with those he has discipled.

Alan Hirsch is an award-winning author on various aspects of missional Christianity and co-founder of Future Travelers, an intentional learning journey for contemporary churches seeking to transition to becoming authentic movements

Brandon is an author, biker, TV personality, and huge fan of the underdog. He is founder and CEO of The Legacy Collective (www.LegacyCollective.org), a giving community focused on partnering, pioneering, and funding sustainable solutions to systemic social issues around the world. Brandon is author of Barefoot Church: Serving the Least in a Consumer Culture. He is married to author and speaker, Jen Hatmaker.

Hugh Halter is the national director of Missio, serving as a mentor to a global network of missional leaders and church planters. He is lead architect of Adullam, a congregational network of missional communities in Denver, Colorado (www.adullamdenver.com), and is the coauthor of The Tangible Kingdom with Matt Smay. Matt Smay serves as the director of the Missional Church Apprenticeship Practicum for Missio, where he works directly with church planters and existing church pastors as a mentor, coach, and consultant, and he is also a leader of Adullam. Matt lives near Denver, Colorado, with his wife, Maren, and daughter, Maegan. He is an avid golfer, loves mountain biking and fly-fishing, and enjoys the outdoors with his family. Matt Carter is the senior pastor of Austin Stone Community Church in Austin, Texas, one of the fastest growing churches in America. Matt currently lives in Austin with his wife, Jennifer, and his three children, John Daniel, Annie, and Samuel.

Darrin Patrick is the lead pastor of The Journey and the vice president of Acts 29, a global church-planting network. He also serves as the chaplain to the St. Louis Cardinals. Patrick is the author of The Dude’s Guide to Manhood and Church Planter and co-author of Replant and For the City. He and his family live in St. Louis, Missouri.

Wayne Cordeiro is the founding pastor of New Hope Christian Fellowship in Honolulu, Hawaii, which has a weekend attendance of more than 14,500. Wayne is a church planter at heart, having planted more than 108 churches in the Pacific Rim countries of the Philippines, Japan, Australia, and Myanmar. He has also planted churches in Hawaii, California, Montana, Washington, and Nevada. He is the author of eleven books, and he and his wife, Anna, have three married children and four grandchildren. They split their time between Hawaii and Eugene, Oregon, where they have a family farm.

Francis Chan is the best-selling author of Crazy Love and the host of the BASIC.series. Francis is the founding pastor of Cornerstone Church in Simi Valley, California and the founder of Eternity Bible College. He also sits on the board of directors of Children’s Hunger Fund and World Impact. Francis now lives in Northern California with his wife, Lisa, and their four daughters and one son.

Brian Bloye is the pastor of West Ridge Church in Dallas, Georgia, and the founder of the Launch Network, an organization focused on inspiring and equipping next-generation church planters to lead strong. Brian also serves as founder and president of Engage Burkina, an organization committed to serving the people of Burkina Faso, Africa. Since 2009, eleven churches have been planted and 74 wells dug in this nation, the world’s second-poorest country.

Amy Bloye is a pastor's wife and the mother of two teenage boys. She and her husband, Brian, started West Ridge Church in 1997, and she has a passion for encouraging and connecting church planters' wives. She loves travelling to sunny places and shopping for bargains, but her best time is invested in dating her husband and hanging out with her two boys, Taylor and Zach.

Bob Roberts Jr. is the founding pastor of NorthWood Church in the Dallas/Ft. Worth area, and has been involved in the planting of a hundred congregations in the United States. Bob also works in Australia, Asia, Afghanistan, Mexico, and Nepal helping with church planting and development and global engagement. Bob is a graduate of Baylor University (BA), Southwestern Baptist Theological Seminary (Mdiv), and Fuller Seminary (D.Min.) with an emphasis in church planting. He and his wife have two children.

Rob Wegner leads the Kansas City Underground, a decentralized network of reproducing disciples and microchurches in Kansas City, Missouri. Previously, he served as teaching pastor at Granger Community Church in Granger, Indiana and at Westside Family Church in Kansas City. Rob also serves on the leadership team of NewThing and on the Exponential Network Team, leading learning communities and speaking at national church conferences.

Jack Magruder is Director of Life Mission at Granger Community Church. Jack has been on staff with Granger seven years as Rob’s executive officer in helping an attractional church become missional. 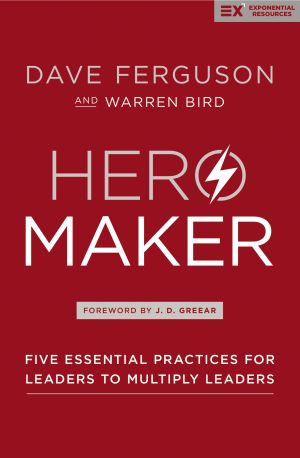 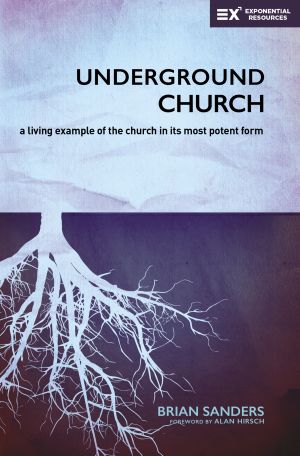 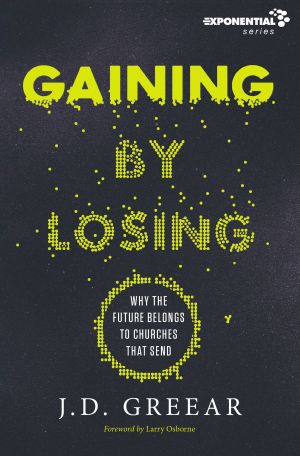 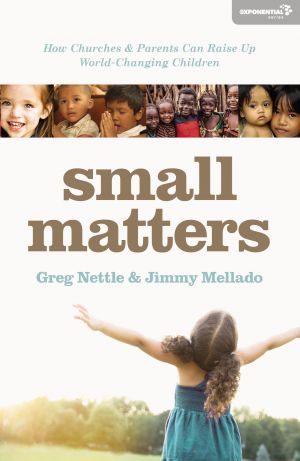 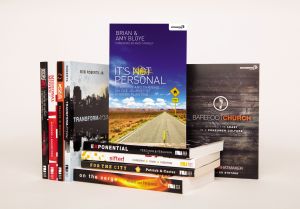 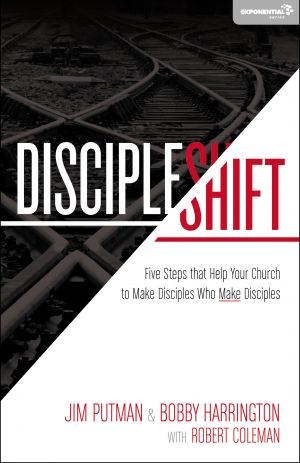 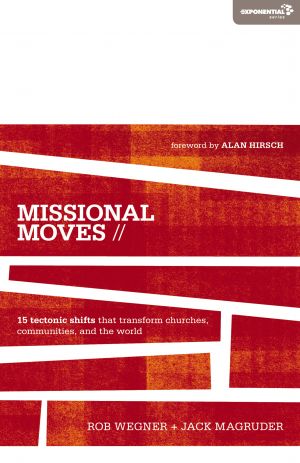 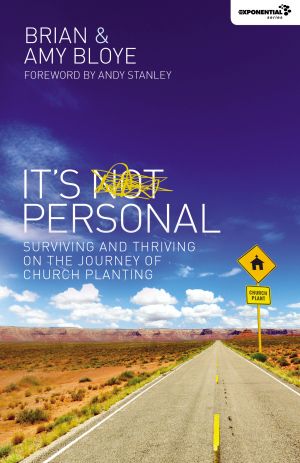 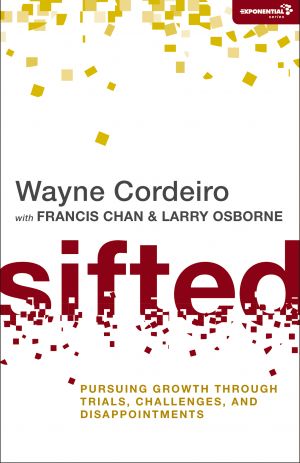 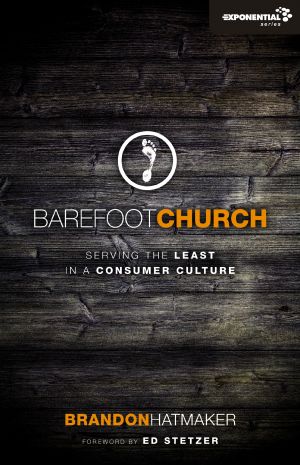 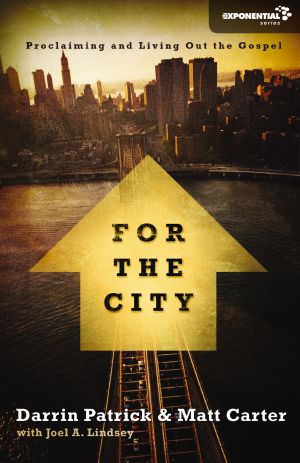 For the City
Matt Carter
Softcover Not Available 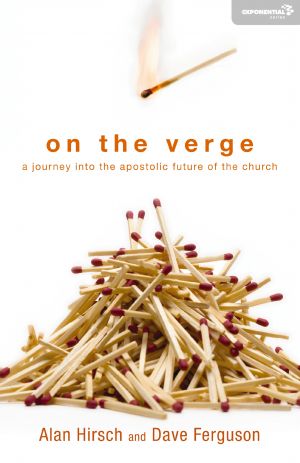 On the Verge
Alan Hirsch
Softcover Not Available 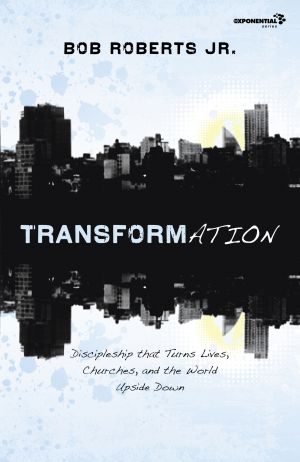 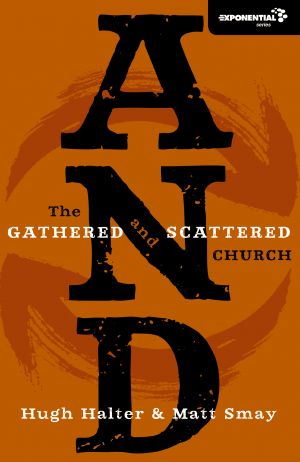 AND
Hugh Halter
Softcover Not Available 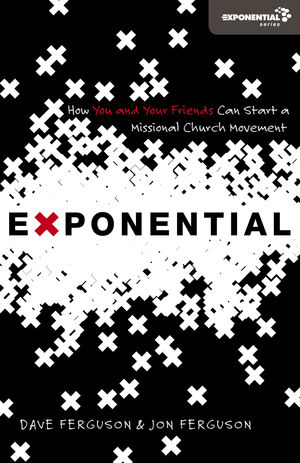 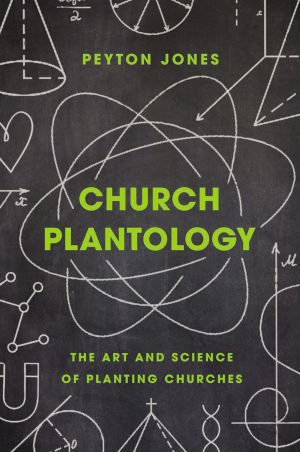