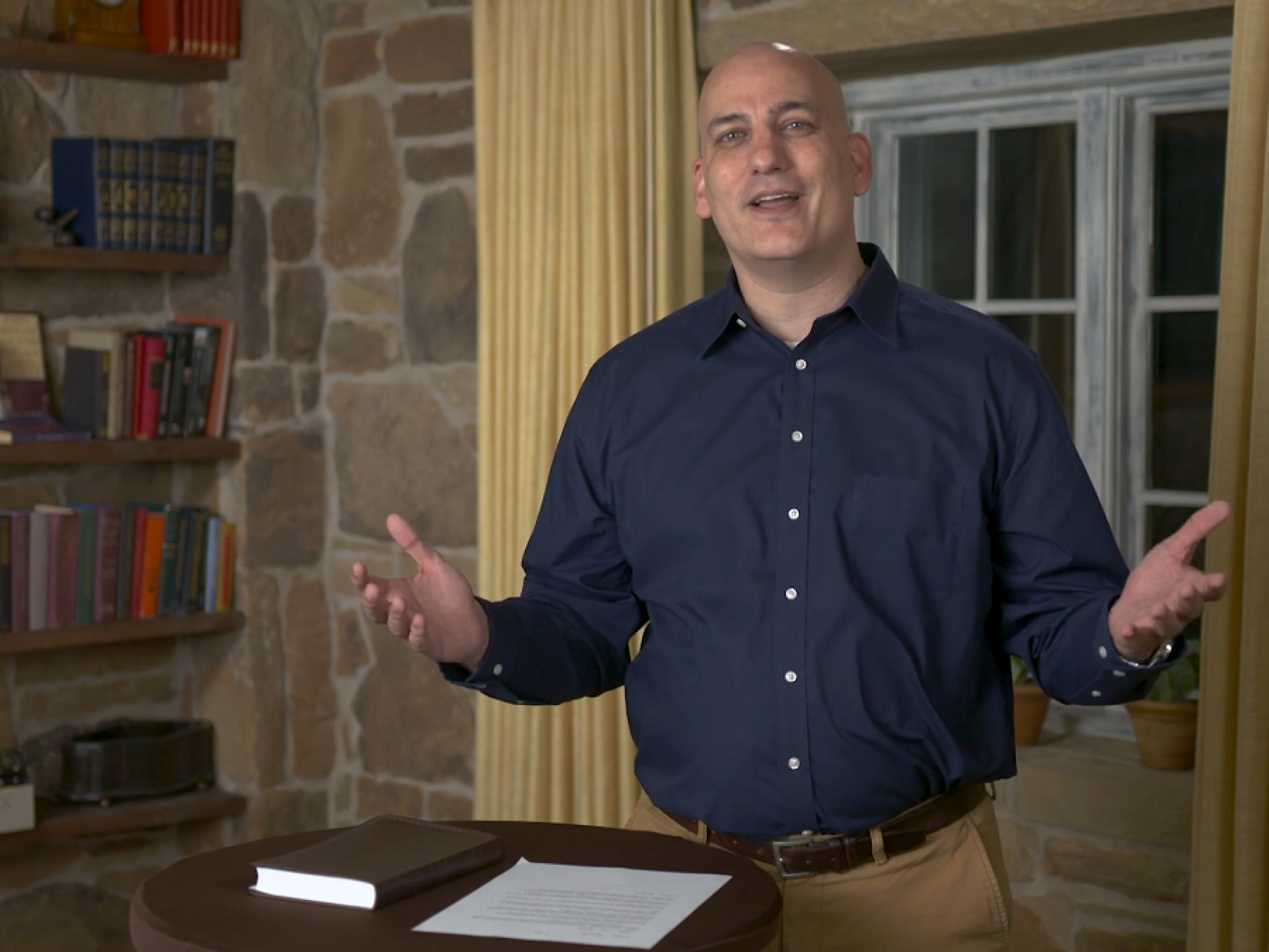 His first advent stands as the fulcrum of history, and it separates the current Western calendar into its two eras: BC (before Christ) and AD (anno Domini, in the year of the Lord). His second advent will mark the next great transition in history. As someone so central to Christianity, Jesus has inspired an almost innumerable array of conceptions regarding his person and work by those in and outside the church. Increasingly, in this age of skepticism we have students who think he is a figment of imagination. Yet others follow him as the incarnation of God.

What exactly does it mean to follow Jesus as the incarnation of God? Furthermore, how should we understand that place where Jesus’ humanity and divinity intersect? This is a question that theologians wrestle to understand and communicate.

This article helps to articulate some of the nuances in the discussion, and is adapted from Engaging Theology.

The idea of Christology does not start with Jesus and the New Testament. Like almost all things theological, the Old Testament sets the framework for the ideas that the New Testament (re)interprets and shapes. The term Christ is a Greek word that means “anointed” and is a translation of the Hebrew term Messiah.

They were all fallible, but the Jewish people expected God to send a special messianic leader who would faithfully guide the people in the ways of the Lord. Among the various roles expected for the messianic leaders, the role of king was prominent. We see the expectation of a future king with the Davidic covenant in 2 Samuel 7. At the heart of this covenant is a promise for David’s heirs: “I will establish the throne of his kingdom forever. I will be his father, and he will be my son” (2 Sam 7:13–14). Being a “son of God” came to be a title for kings in this setting (cf. Pss 2; 89).

The Old Testament prophets extend this hope for a coming leader. Isaiah, for example, has several “Servant Songs” that describe the coming servant (Isa 42:1–7; 49:1–6; 50:4–9; 52:13–53:12). The last of these is most well known because it speaks vividly of the suffering servant. In addition, Daniel 7:9–14 speaks of a “son of man, coming with the clouds of heaven” who will have an eternal dominion and kingdom. In light of these texts, many Jews continue to look forward to the coming of a messiah who will bring restoration. Christians in the New Testament see these expectations fulfilled in Jesus.

Four first-century biographies of Jesus are called “the Gospels”: the Gospel according to Matthew, according to Mark, according to Luke, and according to John. The term gospel (Greek: euangelion) means “good news,” and the center of that good news is evident from the beginning. Mark, likely the first of the four to be written, starts with “the beginning of the good news about Jesus the Messiah, the Son of God” (Mark 1:1). Jesus being the “Messiah/Christ” is the good news. (We must remember that “Christ” is not Jesus’s last name: Joseph and Mary Christ did not have little baby Jesus Christ.) He is the culmination of the hope for a messianic leader.

The association of Jesus with the kingly messianic ideas is evident in the Gospels. Besides being called the Messiah/Christ by the narrator and later by his disciples (Mark 8:29), one of the first accounts in the Gospels is Jesus’s baptism, in which the Spirit descends on him and God says, “You are my Son” (Luke 3:22). This confirms his identity as “Son of God,” and Jesus interprets this Spirit-experience as his anointing (Luke 4:16–21). Not only is he the Son of God but the “Son of David” (Matt 1:1; 12:23) as well. He also calls himself the “Son of Man” repeatedly, even quoting the Daniel 7 passage to describe his kingly self-understanding (Mark 14:61–62).

Even the gentiles understand his role as the messianic King when they write his charge over his cross as “Jesus of Nazareth King of the Jews” at his crucifixion.¹ That Jesus was the messianic King is perhaps the clearest element of the Gospels, and just as evident is that the kingdom of God was at the heart of his ministry. His preaching and teaching focused on the kingdom (e.g., Mark 4) and his miracles demonstrated it (e.g., Matt 12:22–32).

Unexpectedly, this King died, even put to death as a criminal on a cross, and was raised from the dead. This surprising mystery consumes the imagination of the rest of the New Testament. People considered following a crucified messiah foolishness in the ancient world (cf. 1 Cor 1), and it remains foolishness today.² Indeed, it is his death (on a cross) that most definitively reveals his full humanity.

Jesus ate and drank (in fact he spent a lot of time eating and drinking with people). He got tired, thirsty, and hungry. He grew in wisdom and maturity (Luke 2:52). He was human just like us. And like us, he was subject to death. Yet even this mystery of death fits within God’s plan, as the various texts speaking of the suffering messianic servant in Isaiah 53 show.

The story does not end with his death; God raised him from the dead. The celebration of his death and resurrection, with Good Friday and Easter Sunday, thus serves as the most important weekend in the Christian calendar. Indeed, his resurrection was so central that Christians worshiped weekly on Sunday, the day of his resurrection, rather than on the Jewish sabbath as would have been expected. After his resurrection, he ascended to heaven, and his ascension and exaltation to the heavenly throne further confirmed his messianic identity (Luke 24:50–53; Acts 1:9–11). Jesus’s death and resurrection not only shape our understanding of his identity but also our identity as his disciples, as we are called to walk in that same path of suffering obedience (e.g., Mark 8:29–38; 9:30–37; 10:32–45).

Christology from Above: The Divine Son Becomes Incarnate

Through the narrative of the Bible, we progressively learn the breadth and depth of God’s identity. In Christology from below, it is important that we see the resurrected and exalted Christ as no mere human—he embodies the God of Israel. Some biblical texts, rather than giving us this slow reveal, work with the whole picture at once: they narrate how God himself came to earth as human (has become incarnate) for us and our salvation as Jesus the Christ. This experience of the God of Israel as Father, Son, and Spirit meant that theological categories had to be expanded, so Trinitarian theology was developed to make sense of this biblical revelation.

In addition to narrative indicators about his divine identity (e.g., the Lord in Mark 1:1–3 or Immanuel, “God with us,” in Matthew 1:23), several biblical passages are explicit.³ They start with the divine identity of the Son and then explore his incarnation, death, and resurrection in light of that (John 1:1–18; Phil 2:5–11; Col 1:15–23; Heb 1:1–4). John 1 has had a large influence in the history of theology. Its iconic beginning intentionally reflects Genesis 1: “In the beginning was the Word [the Logos], and the Word was with God and the Word was God” (John 1:1). We see the unity of the Word with God (the Father) while also showing some kind of distinction. Later, Christian theologians will express that unity through the term nature or being (Greek: ousia) and the distinction through the term person (Greek: hypostasis).

We derive the term incarnation from John 1:14, where the text says, “the Word became flesh”—he came in carne. Jesus did not “reincarnate.” He was not human before, died, and then came back as another human, as we find in Eastern religions. He was only incarnated once for eternity. Thus, his resurrected body remains immortal today, sitting on his heavenly throne.

Different Christology-from-above texts highlight other aspects of the incarnation. For instance, Colossians 1:15–23 shows the divine Christ creating and descending to reconcile heaven and earth through his death on the cross. Hebrews 1:1–4 highlights the elevated identity of Christ over humans and angels; he both sustains creation and reconciles it to God. In Philippians 2:5–11, Christ Jesus, who is God, becomes human and submits himself to death on a cross, but he is raised and exalted. All will recognize Jesus as “Lord,” the divine name—“ the name that is above every name” (2:9). In each of these settings we see the divine Messiah not only coming to earth but also dying to bring reconciliation. God himself gets his hands dirty fixing our problems.

Putting together the biblical story about Jesus

A balance between the Son’s divine and human identity is maintained throughout all these passages. This is not abstract or speculative theology about divine and human natures but the narration of a story about how God himself comes to unite heaven and earth. However, we need theological categories to make sense of this; otherwise, we must affirm the worship of humans or the worship of multiple gods. As we make sense of the Bible, we must remember that not every text focuses on the same aspects of Christ’s identity: some focus on his human vocation (Christology from below in conjunction with Christology from behind) and others on his incarnation from heaven to reconcile the world to God (Christology from above). Different biblical images bring these perspectives together. For instance, as the image of God, Christ reveals God (Col 1:15; Heb 1:3). As the image of God, Christ also is the model for human salvation—the image into which believers are transformed (Rom 8:29–30; 2 Cor 3:18). So these three perspectives reinforce rather than oppose one another. 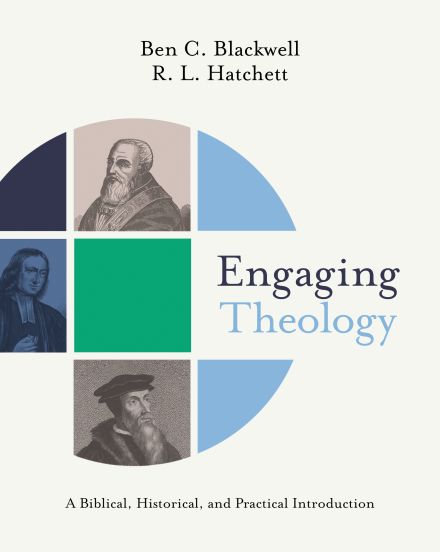 Engaging Theology Ben C. Blackwell
“Ben Blackwell and Randy Hatchett have put together an eminently readable introduction to Christian theology for students. It contains a good balance of Bible, ...
Hardcover, Printed
Not Available Request an Exam Copy
Next Post
Who Do Your Give Credit to? (Romans 15:18–19) - Mondays with Mounce 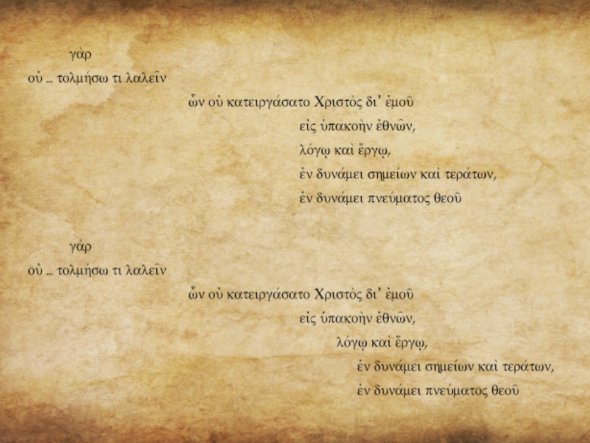 Who Do Your Give Credit to? (Romans 15:18–19) - Mondays with Mounce Paul’s only boast is in what God has done through his own ministry, the goal of which was “bringing the Gentiles to obed...
Related Posts
7 Places We Find Jesus in the Old Testament From beginning to end, the Bible reveals the glory of Jesus. But for many Bible readers, it isn’t that simple. While we&nbsp;know&nbsp;Jesus is the fulfillment of the Jewish story and...
Jeremy Bouma May 2, 2018
Your form could not be submitted. Please check errors and resubmit.